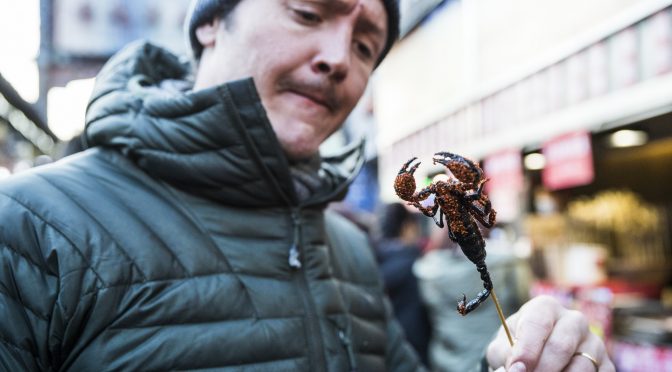 Changbaichan, China – On a groundbreaking exploratory trip to the world’s most populous country, Freeride World Tour (FWT) organizers and athletes set off on a five-day trip to investigate the potential for a future FWT competition in Changbaichan, located in the Changbai Mountains on the border of China and North Korea.

The objective of the trip was to determine if the terrain in the area – situated on the slopes of a volcano – offered potential competition faces which meet FWT requirements to hold a safe and interesting freeride contest. During the trip, organizers and riders evaluated the mountain terrain while taking photos and drone footage of the site, which is located within a nature reserve that requires special permission to access.

The organizers and riders braved difficult conditions during the trip which was marked by heavy snowfalls, cold temperatures,and high winds. Despite these challenges, the crew is optimistic about the potential for holding a competition at the site and have identified several prospective competition faces in the area.

When the team was not busy exploring the high mountains, they had the opportunity to experience the outstanding hospitality, friendly culture, and traditional cuisine of the region.

With the expanding interest in winter sports in China – the host country of the 2022 Winter Olympic Games – the FWT is planning to develop a platform which includes academies, junior and qualifier events, and top international events to promote the continued expansion of the sport of freeride on the Asian continent.

“The region of Changbaichan, and China in general, present a real potential for freeride development, with a magical atmosphere,” says Nicolas Hale-Woods, CEO Freeride World Tour. “Some challenges exist but the opportunity is clearly worthwhile.”