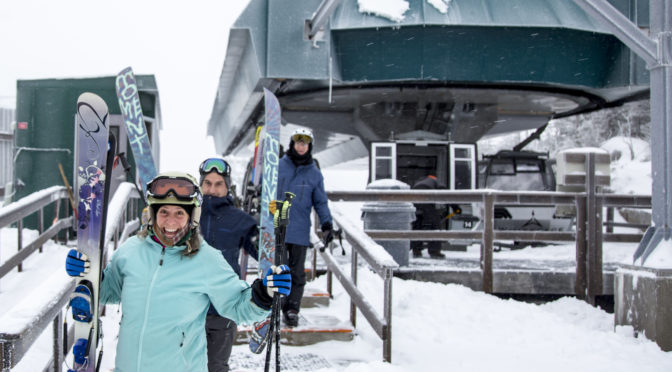 Whiteface Mountain kicked off its 2018-19 skiing and riding season with two lifts and six trails on  packed powder conditions. The Cloupsplitter gondola took guests to the summit of Little Whiteface where they skied or rode to the resort’s base from the Excelsior, Summit Express, Upper Valley, Lower Valley and Fox trails. The resort’s Mixing Bowl trail and lift were also available for new skiers and snowboarders.

Forty-five of Mt. Van Hoevenberg’s 50 kilometers of cross-country ski trails were open for Nordic skiers. Saturday marked the Nordic center’s earliest-ever planned opening thanks to the cooperation of both Mother Nature and ORDA’s Snowfactory system. Mt. Van Hoevenberg is the only resort in North America to have this state-of-the-art snowmaking machine which is capable of making snow with temperatures as high as 60 degrees.

The Nordic trails at Gore Mountain opened with two kilometers of trails for cross-country skiing at the historic North Creek Ski Bowl.

Each of the resorts are slated to close Monday-Thursday (Thanksgiving) and reopen Friday, Nov. 23, in full swing for the 2018-19 season.