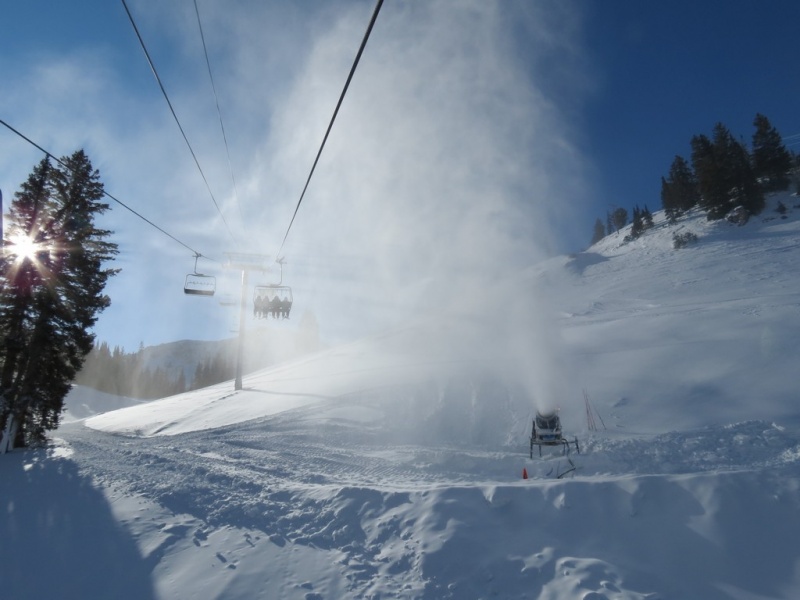 Lakewood, CO – With weather that could be charitably described as “challenging” across many regions of the U.S. this winter, it should come as no surprise that visits to American resorts in 2011-12 dropped by 15 percent, the biggest margin since the winter of 1980-81.

The National Ski Areas Association (NSAA) on Monday announced that U.S. ski areas tallied an estimated 51 million skier and snowboarder visits during the 2011-12 season. According to the organization’s preliminary 2011-12 Kottke End of Season Survey, the U.S. ski industry experienced its most challenging season since 1991-92, when 50.8 million visits were recorded. Not coincidentally, the 2011-12 season was also marked by the lowest national average resort snowfall since 1991-92.

In the 1980-81 season the U.S. ski industry experienced a 17.6 percent drop in visits, the biggest year-over-year decline in 32 years. Notably, visits fully recovered the following season with a 22 percent increase in 1981-82, a reminder that the industry has demonstrated considerable resilience in the past, and that severely difficult seasons have been relatively rare. Other positive indicators show that the mild weather patterns experienced this season actually fostered an excellent ski and snowboard learning environment, as evidenced by increases in lesson participation rates. The survey also shows that guest service satisfaction levels are at an all time high, and early assessments of season pass renewals for the 2012-13 season are encouraging.

According to the preliminary Kottke survey, 50 percent of responding ski areas opened late this season, and 48 percent closed early. Every region experienced a decrease in overall days of operation, with particularly significant declines in the Southeast, down 13.9 percent, the Northeast was down 13 percent, the Pacific Southwest was down 11.7 percent, and the Midwest was down 10.6 percent. More modest declines in total days of operation were experienced in the Rocky Mountain and Pacific Northwest regions, with each showing a 0.8 percent decrease.

A final Kottke End of Season Survey will be issued by the NSAA in July.