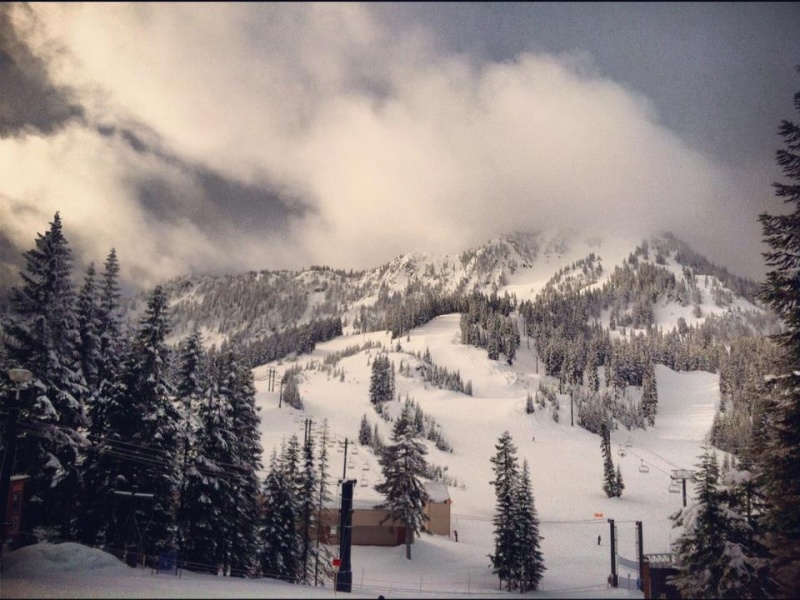 For the period from December 19 through January 3, Stevens Pass logged its best visitation numbers during a holiday period since skier visits started being electronically recorded in the 2006-07 winter season. Visits for the 2015-16 holiday period have exceeded the resort’s five year average by 35%. Overall, visitation to the resort is up 119% season-to-date over last year, a dismal winter in the Pacific Northwest.

“We had a spectacular start to the season,” said Stevens Pass GM Bill Bourton. “Conditions have been amazing and we saw great snowfall in the month of December.”

The mountain reached its total snowfall from the 2014-15 winter season in just 22 days after opening and saw 12 feet of snow fall in the month of December alone. Snowfall in December was 137% above average for the month.

Stevens Pass officials also credited its learning programs for the increase over the holidays. In the past few years, Stevens Pass Ski and Snowboard School has placed emphasis on programs designed to remove the pressures of a regimented lesson program to allow participants to learn and reach a comfortable level at their own pace, without breaking the bank. The school has developed the Learn-in-3 Guarantee program that offers three days of lessons and practice to reach an intermediate level. If needed, complimentary lessons are offered until skills needed to tackle the resort’s easiest intermediate terrain are obtained. Offering beginner programs has been increasingly popular at Stevens as the resort has surpassed total beginner lessons for the season-to-date and are up 212% on the 2014-15 and 60% on 2013-14 seasons. Additionally, the Learn-in-3 Guarantee program participation is up 113% on the 2013-14 season.

“It is really exciting to see the number of folks trying the sport for the first time in our many beginner programs,” added Bourton. “We have tremendous growth despite poor conditions last season and all the negative El Nino discussion going into this season. We are working hard to grow these programs, as it’s critical to the growth of the sport.”