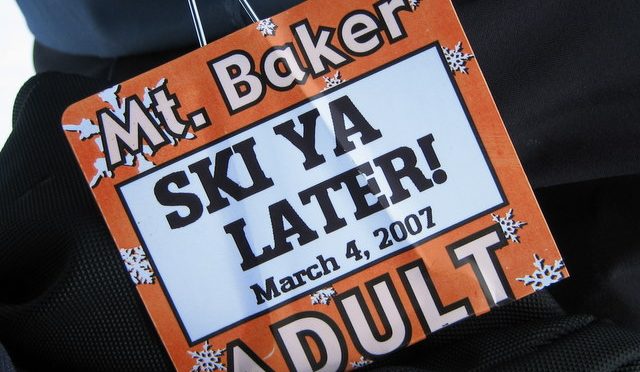 Washington, DC – Legislation currently pending in both houses of the U.S. Congress could soon let you pay for lift tickets, season passes, ski equipment, and more with pre-tax dollars.

The Personal Health Investment Today (PHIT) Act (Senate Bill 2218, and House Resolution 1218) would allow a medical care tax deduction for up to $1,000, or $2,000 for a joint return or a head of household, of qualified sports and fitness expenses defined as “amounts paid exclusively for the sole purpose of participating in a physical activity, including: (1) for membership at a fitness facility, (2) for participation or instruction in physical exercise or activity, or (3) for equipment used in a program (including a self-directed program) of physical exercise or activity,” according to the text of SB2218.

The purpose of the legislation is to increase American health and wellness by promoting increased participation in physical activity, thereby lowering healthcare spending.

“No one argues that active people aren’t healthier,” asserts Bill Sells, Vice President of Government Relations for the Sports and Fitness Industry Association (SFIA). “We noticed over time a decline in physical activity in America,” and not surprisingly, his organization found that the two biggest barriers to American participation in physical activity were time and money. “We only have 24 hours in a day, so what can we do to help families with the activity cost? We provide incentives to help people save for college education, we created IRAs when we realized that Social Security was not a retirement plan. What can we do with our tax code to incentivize people to get off the couch?”

Under the provisions proposed by the legislation, pre-tax funds would be deposited in a Flexible Spending Account (FSA) that to be used for participation fees or equipment that promotes physical activity. So yes, you could use those pre-tax funds to pay for not only a gym membership or your kid’s soccer fees, but also lift tickets, a season pass, ski lessons or even that new pair of skis.

Eligible expenses have to be spent on fees or equipment that can only be used to participate in a physical activity. “If you want to take your family on a vacation to Vail, don’t try to put your travel or lodging expenses in there,” cautions Sells.

Sen. John Thune (R-SD) has sponsored the Senate bill, while the companion bill in the House was introduced by Rep. Charles Boustany (R-LA), although Sells insists that the legislation has broad bipartisan support, including from Ron Kind (D-WI) in the House and Chris Murphy (D-CT) in the Senate. Much of the bill’s language has also been incorporated into the Health Savings Act of 2016 (Senate Bill 2499), introduced by Sen. Orrin Hatch (R-UT), Chairman of the Senate Finance Committee.

“The outdoor and snow sports industries play a critical role in Utah’s economy and I’m pleased that the Health Savings Act of 2016 contains provisions that provide more choice to athletes and outdoorsmen,” explains Sen. Hatch. “One provision in particular would change the current definition of ‘medical care’ to include certain physical exercise equipment and health coaching, giving more individuals the flexibility to use their HSA accounts to live a healthy lifestyle.”

Sells assures that the bill’s passage is not a matter of “if,” but “when” it gets tacked onto a larger piece legislation, such as Sen. Hatch’s Health Savings Act. The PHIT Act’s provisions have already been discussed at several House Ways and Means Committee hearings.

“It’s teed up, and it’s going to come down to politics when it goes. There could be the opportunity to get this done later this year in a lame duck session, although that’s a longer shot,” Sells admits. “One of the top priorities of the next Congress that starts in January is tax reform, and since this is a tax bill we’ve been assured that this is in line with the kind of things that they want to do.”

For more information on the PHIT Act or to lend your voice, visit www.passthePHITact.org.