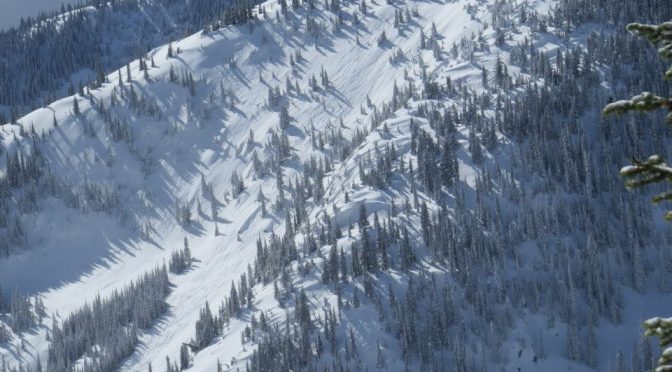 Rossland, B.C. – An avalanche struck a group skiing with a B.C. cat skiing operator on Thursday, sending four Americans back to the States with broken bones.

Big Red Cats operator Paula Gaul confirmed the incident to the Rossland Times. Gaul told the newspaper that the group had been skiing on Mount Mackie near Rossland at around 2:30 p.m. on Thursday when the avalanche struck.

Gaul indicated that it took several hours to evacuate the group from the steep, cliff-riddled area, and after evacuation by snowcat to a nearby road, the four were transported by ambulance to Trail. From there, they were airlifted to their hometown of Spokane, Wash. to treat broken bones.

The four injured skiers have not been identified.

The rescue was completed by Big Red Cats staff, and area search and rescue teams were not contacted.

The company’s website indicates that all guides have CSGA, ACMG or international equivalent guide qualifications and CAA professional avalanche training.