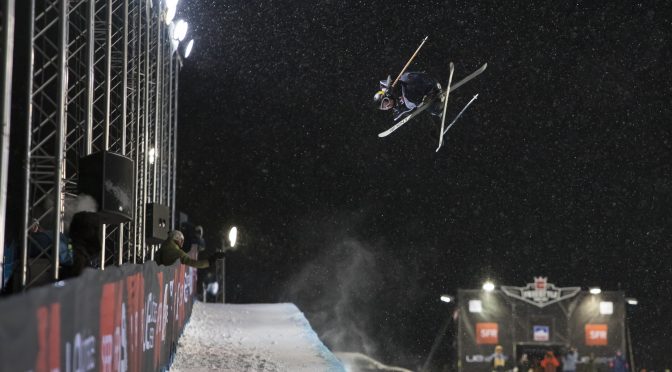 Tignes, France – The American skiers had an excellent showing at the final FIS World Cup halfpipe of the season on Tuesday, with Alex Ferreira of Aspen, Colo. grabbing the top spot and fellow ColoradoanTaylor Seaton taking second for the men.

It was Ferreira’s first major podium of the year, and it was a big one—he topped Seaton by almost four whole points with his second run. The two Americans were joined on the podium by French skier Kevin Rolland, who took third.

Rolland was also awarded the crystal globe award for topping the overall 2017 FIS halfpipe standings. Aaron Blunck, of Crested Butte, Colo. was the top overall American halfpipe finisher for the year, coming in third; he was ninth in Tignes on Tuesday.

“We weren’t sure the finals were going to happen, as it snowed over two feet,” Sharpe said. “The crew did a great job of maintaining the pipe and around 4 p.m. the clouds parted and it was blue skies.”