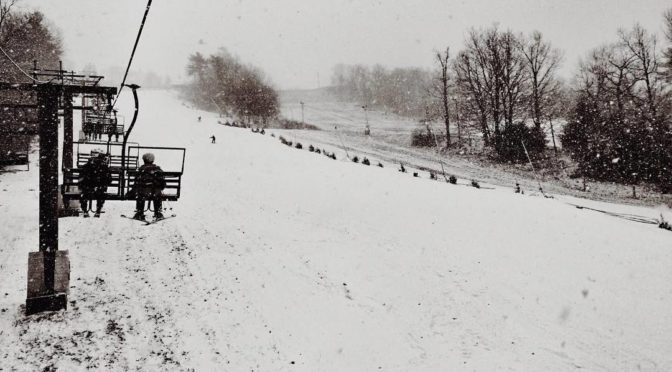 Boalsburg, PA – Skiers enjoying their first turns on opening day at Tussey Mountain in Pennsylvania got more than they bargained for.

“A chair carrying skiers and snowboarders slipped upon the haul rope and slid backwards into the chair following it, which caused a domino effect that subsequently resulted in a total of four slipped chairs,” Tussey Mountain officials confirmed in a prepared statement.

Ski patrollers and rescue crews evacuated the estimated 50 to 100 guests from the disabled chairlift. Five minor injuries were reported.

“The equipment in question was tested and given a passing grade by the PA Department of Labor & Industry’s Bureau of Occupational and Industrial Safety Elevator Division, however we have begun taking the necessary steps to ensure a situation like this will never happen again,” the resort’s statement adds. “We have contacted the manufacturer of the lift to diagnose what caused the malfunction, as well as the appropriate state agencies prior to reopening.”