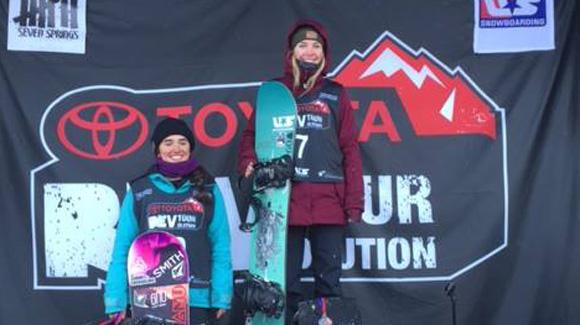 Healey was the winner at Seven Springs for the women; it was her second Rev Tour win of the season, as she also claimed victory at the first event of the year at Waterville Valley. She was joined on the podium by Tealor Mattingly (Sandy, Utah) in second and Isabella Gomez (Issaquah, Wash.) in third.

For the men, it was Derek Lemke who topped the podium. Sean Fitzsimons (Mt. Hood, Ore.) took second and Jack Coyne (Vail, Colo.) rounded out the podium in third.

A chance to earn valuable FIS points as well as World Snowboard Tour points, the Revolution Tour is an important competition tour for elite up-and-coming athletes.